The Caye Caulker Marine Reserve is a 5 minute boat ride from the island of Caye Caulker. Here you can snorkel between the shallow coral formations of the back reef alongside curious sharks and rays. A great introduction into snorkeling.

The experience is half day with stops at :

Caye Caulker Marine Reserve is close by and great for family trips. The short travel time is ideal for younger and older family members. The shallow reef give you a more up-close experience with the reef and fishes.

Shark Ray is your chance to get up close with friendly nurse sharks and stings rays. Take the time to observe these magnificent creatures in clear shallow waters.

The Caye Caulker Marine Reserve lies east of the island and is considered one of better snorkeling destinations in Belize. 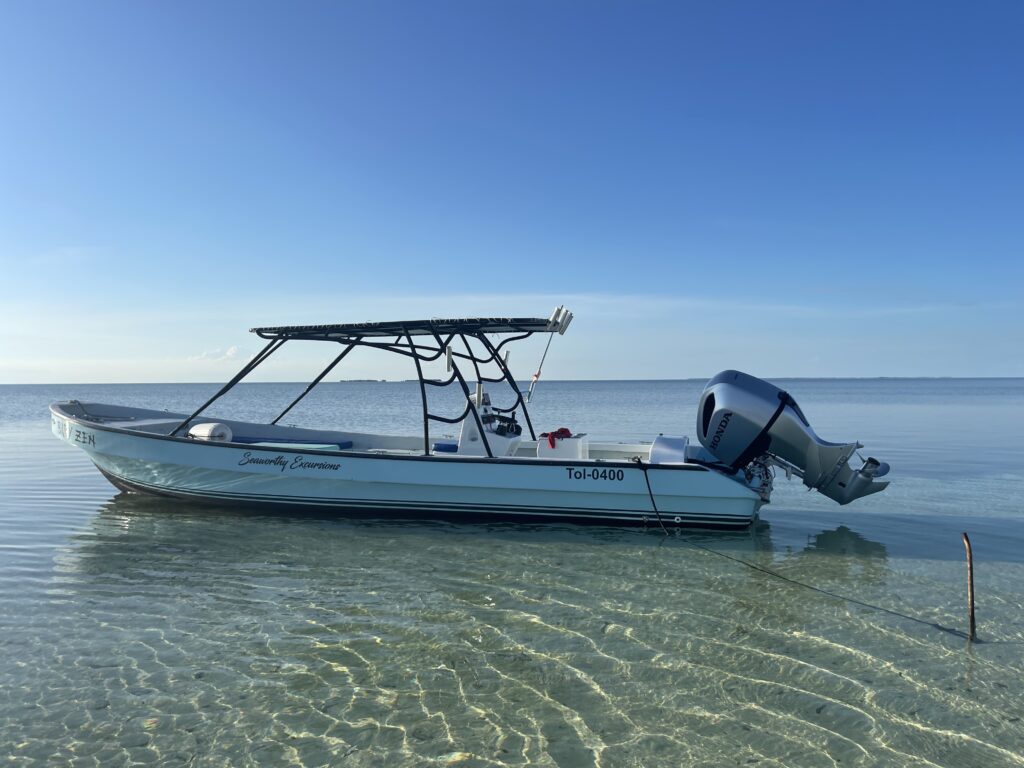 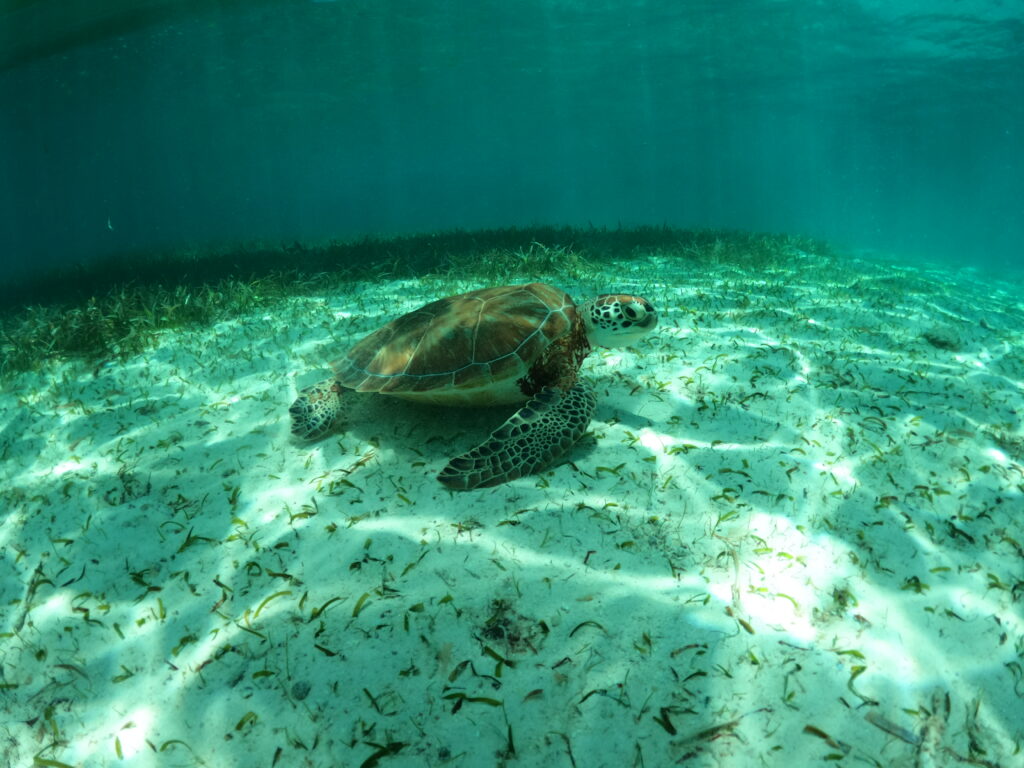 Explore Belize’s barrier reef at Hol Chan, one of the oldest marine protected areas in Belize. Snorkel the popular channel with schools of tropical fish. Swim with sharks and rays and with a little luck turtles and manatees.

Hol Chan is the most popular marine park in Belize with good reason, the snorkel is exceptional. Start out in the shallow back reef then gradually move into the deeper water and marvel at the tall coral structures that line either side of the channel. See colourful reef fish among the coral structure and larger schooling fish seeking refuge in the deeper channel.

Shark Ray Alley is your chance to get up close with friendly nurse sharks and stings rays. Take the time to observe these magnificent creatures in clear shallow waters.

Chato’s Reef is a relax stop with shallow water at an old fisherman cleaning station. Enjoy lunch with a view of the reef here.

See large colonies of Elk horn and Stag horn corals at the North Channel with high chance to snorkel with manatees.

The  Hol Chan Marine Reserve covers approximately 18 km² of coral reefs, seagrass beds, and mangrove forest. Hol Chan is Mayan for “little channel”, which refers to a natural break in the reef known as Hol Chan Cut. It offers spectacular coral formations, and a rich abundance and diversity of marine life. The Marine Reserve also includes a vast area of sea-grass beds and mangroves which provides a habitat for nurse sharks and southern sting rays, thus receiving the name Shark Ray Alley. Get a chance to snorkel with these gentle creatures due to the fact that they are used to being fed by tour boats. 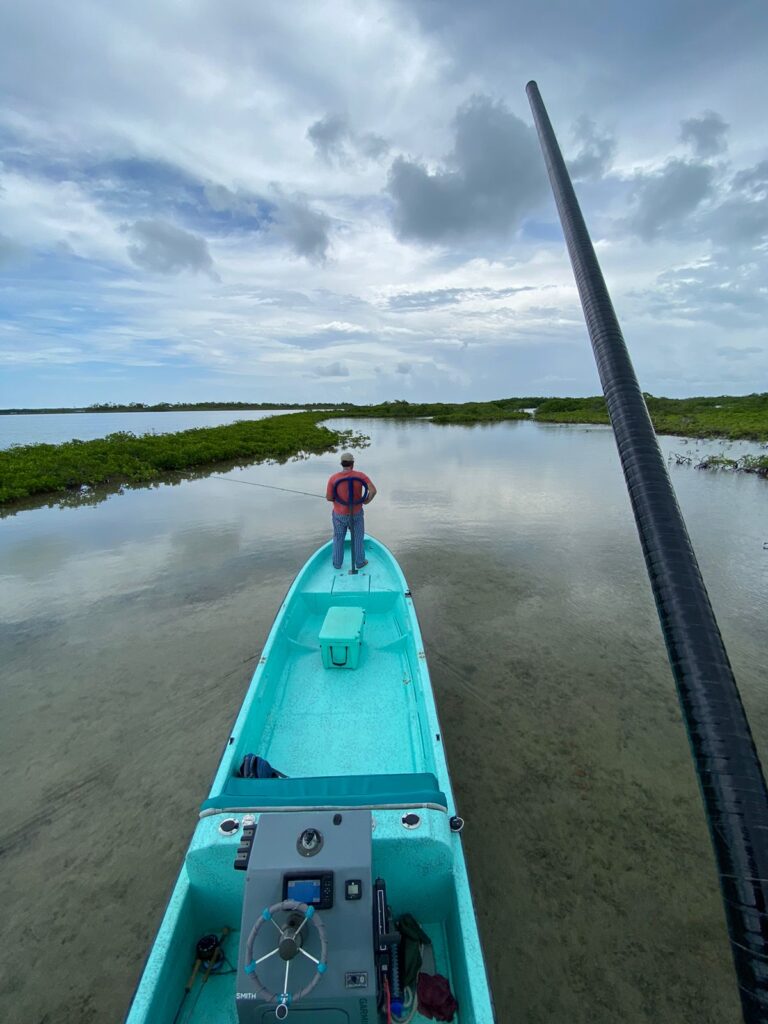 Our full day tour is customizable based on the target species you are interested in. We specialize in catch and release of Bone Fish, Tarpon and Permit. Spin fishing is also available.

We pole in seagrass and sandy flats in search of BoneFish and Permit. Explore pristine mangrove lagoons and remote channels for the mighty “Silver King”.

We take you out on our custom panga and troll outside the largest living barrier reef.

Open chat
Need Help?
Powered by
Hi,
Can I Help You?